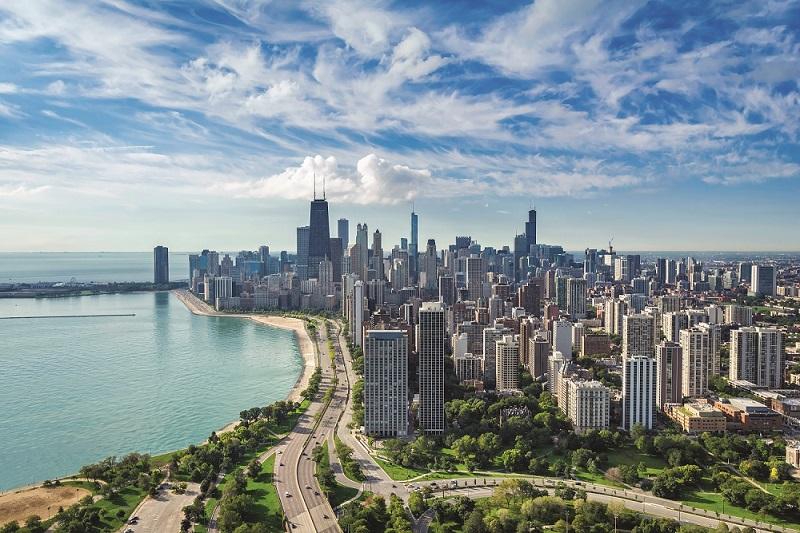 Charmed by Chicago – a truly great and welcoming American city

Chicago, the third biggest city in the country (and the biggest in the Midwest) is a place bursting with wonderful museums, restaurants, bars, shopping opportunities, architecture, entertainments and energy. It is a city which every traveller should discover.

As well as being a fascinating and endlessly diverse place to visit, it is also beautiful, pitched on the southwest shore of Lake Michigan – the only one of the five Great Lakes located entirely in the USA and the second largest of the five by volume of water. The city boasts the Chicago Lakefront Trail; an 18.5 mile linear park along Lake Michigan dotted with 24 beaches and volleyball courts, and offers an excellent route to explore by bike or on foot. The city’s lakefront makes for astonishingly photogenic scenes in winter, when the edges of the lake turn to ice, as well as a splendid situation in summer, when the city sunbathes on the perimeter's many beaches.

In addition to excellent food, beautiful beaches and world class entertainment, Chicago is known for its striking architecture. The world’s first skyscraper was built in Chicago, following the post Great Chicago Fire construction boom.  Chicago’s skyline serves as an ever growing timeline of architectural innovation from the most cutting edge to most elegant and historic building designs.  This breathtaking skyline and its history can be enjoyed either on your own, or on guided tours by foot, bicycle, segway, river or lake cruise, motorcoach, and even helicopter.

The city is also the starting point of Route 66, the famous “Mother Road of America”. Though the route’s initial sites include the iconic Buckingham Fountain, it officially begins at the corner of East Adams and South Michigan Avenue, a historic spot well worth visiting (even for those not continuing on a longer road trip).

In other words, here is a colossal and captivating metropolis that could fill a year of holidays. Indeed, no visitor could possibly see all of it in a week, let alone a weekend; but they will find much to love in the core districts of Downtownincluding Millenium Park with the breathtaking outdoor art piece Cloud Gate ("The Bean") and the fabled shopping district the 'Magnificent Mile', 13 blocks filled with 460 merchants; North Side, which includes vibrant Lincoln Park; and the South Side, home of the Chicago White Sox baseball team. Add in the fact that Chicago is hugely accessible – its main airport, O'Hare International, in the west of the conurbation, is one of the world's busiest hubs. Visitors can travel directly from O'Hare into the city on public transportation with the Elevated Subway's (or "the El" to the locals) Blue Line, which runs 24 hours a day. The city's other airport is Midway International, which can be accessed through public transportation with the El's Orange Line. The city's accessibility combined with the wealth of experiences on offer means that travellers have reasons for repeat visits to the beautiful 'Windy City'.

Check what you've learned and go for the Chicago badge.

Go to the Chicago badge

Keep up to date